Isn't it funny how fandom as a collective entity knows things that simply aren't actually true?

I was following a thread on Gallifreybase the other day, where people were discussing all the terrible "mistakes" the BBC had made over the years with Doctor Who. You know the sort of thing: sacking Colin Baker, not replacing JNT, junking the sixties episodes, etc, etc. Of course, many of those were perfectly normal business decisions made for entirely understandable commercial, practical or logistical reasons at the time. Not that I'd necessarily agree with them. Well, I'm not here to debate the rights and wrongs of why these things happened. And it's obvious that as fans with a vested interest in the programme, we can't always see these things from the point of view of the BBC management.

What interested me here was that one of the many listed "mistakes" was the BBC's decision to suspend the series for 18 months in 1985. That's something that every fan knows. "18 months is too long to wait" as Ian Levine and Hans Zimme 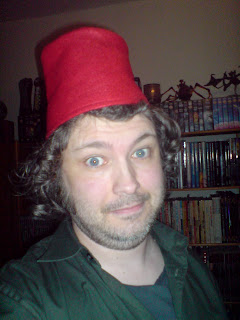 r pointed out through the medium of high energy pop. The thing is: it's not true, is it? Just with my pedantic hat on, you can do the maths and see that season 22 finished at the end of March 85, and season 23 resumed in the first week of September 86 - so the show was only off air for 17 months. Still, 18 months is a nice round figure, so I'm prepared to forgive that. No, the real point is that fans seem to forget that in the eighties, the show was off-air for nine months of the year anyway, so half of that mythical suspension period would have been barren in any case. Once you've taken that on board, it doesn't seem quite so bad, does it? A season which in the normal course of events would have started in January 1986, gets deferred for a few months to allow for a bit of re-tooling. These are the sort of scheduling decisions that tv companies make every day - and, one presumes, not for any sort of sinister reasons. Indeed, it had the result of pushing Who back to an autumn broadcast, which many fans will tell you is its natural home in any case. So they ought to be happy about it.

It was also not an unusual thing to happen to a tv series at that time. Let's look at a contemporary example. Bergerac series 3 ended on 4th February 1984, and series 4 didn't start until 11th October 1985. 20 whole months off the air! Bloody hell, they got it worse than we did. Were the Bergerac fans up in arms as well? Doctor Who fans just love being melodramatic, and an "18 month suspension" is something more to complain about than an "8 month deferment". But you know, that's all it was.
Posted by Andrew Kearley at 22:52